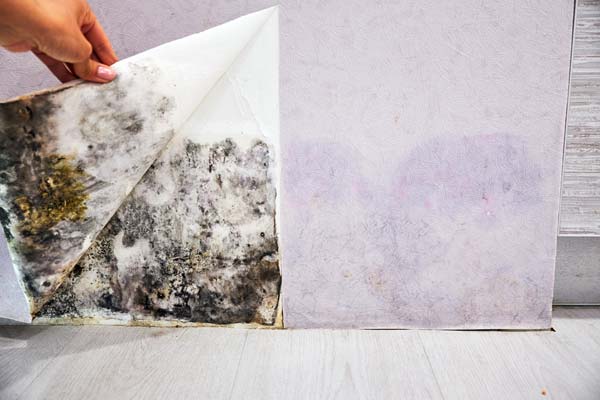 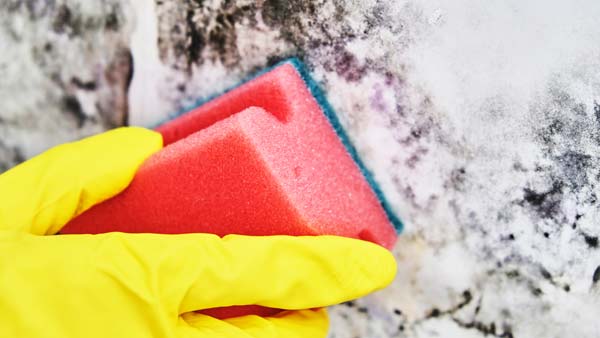 Mould in Your Home

When we take a morning walk through a forest, we breathe in fresh air and enjoy the typical forest smell.

Moulds are a natural part of our environment. In the fresh air, they pose no problems. However, in closed spaces, they are health hazards. Numerous symptoms, like itching, skin rashes and respiratory problems can occur, particularly among people with fragile immune systems, like allergy-sufferers and children.

The growth of mould inside buildings is a physical phenomenon.

All air contains a certain level of humidity (water vapour). The warmer the air, the greater its capacity for water vapour. If the air humidity comes in contact with cooler surfaces, the moisture condenses (i.e. the water vapour returns to a liquid form), mostly in the corners of rooms, near thermal bridges and around windows.

This phenomenon can be demonstrated by placing a chilled glass bottle in a warm room during the summer. Condensation will soon form on the surface of the bottle.

Mould is always present in homes, but water damage and thermal bridges provide the perfect conditions for its growth. Surfaces with temperatures of less than 12°C magically attract moulds. Mould is often discovered in homes after major temperature changes, like in early winter and spring, particularly on the inner surface of exterior walls or behind large pieces of furniture.

There are various types of moulds. Black mould is the most common type that I see in homes. As the name suggests, this type of mould is greyish-black in colour. It has a texture resembling cloudy cotton wool and smears somewhat upon removal.

However, what many of my customers fear is mould is actually a type of salt deposit called efflorescence. These salts are an unmistakable sign of moisture in the substrate. If efflorescence is found, the substrate should be monitored, and if the salts continue to appear, a damage analysis should be carried out.

In both cases, the wallpaper could peel, the room could start to smell musty, and in the worst case, the building substance could be damaged. If you notice extensive or severe mould growth in your home, it is important to react quickly and get professional support. The aim is to remove the microbial growth and eliminate the cause.

It is not enough to simply paint over the affected area. In the worst case, the wallpaper and plaster will have to be replaced. The mould must be removed with the help of an alcohol-based, mild acid-based or chlorine-based cleaning agent.

My advice: Never spray on the cleaning solution, but instead wipe it carefully and repeatedly over the affected areas using a cloth

The most common cause of mould growth is excessive humidity, which, in the majority of cases, can be easily avoided. “In order to prevent mould growth, make sure there is sufficient ventilation at all times. Rooms should be aired out for ten minutes three or four times daily. In addition, it is important to ensure that rooms are sufficiently heated.

Thanks to our knowledge and experience in this area, we are able to offer professional mould-remediation services.

How to Reach Us

We’re at Your Service

We can manage all urgent or smaller projects at short notice. Just give us a call!
We’ll do everything we can to support you.